Due to the latest government restrictions and for the wellbeing of our members and passengers, we are unable to operate our trains for the forseeable future. We hope to be able to run again before Christmas. Once we feel able to operate again, we will let all of our supporters and friends know. 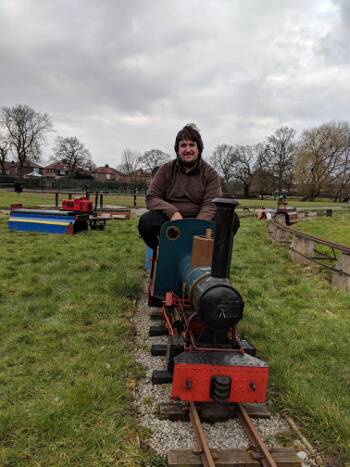 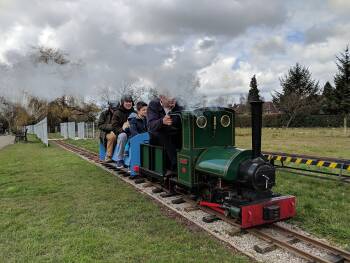 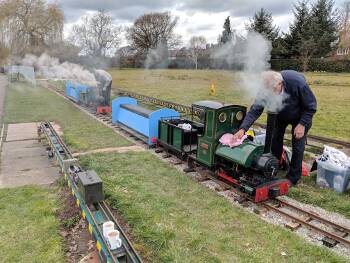 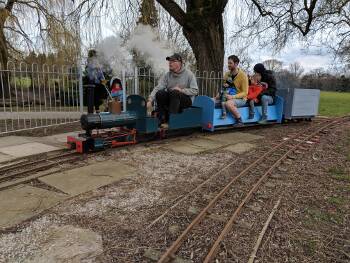 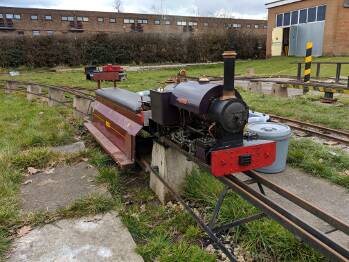 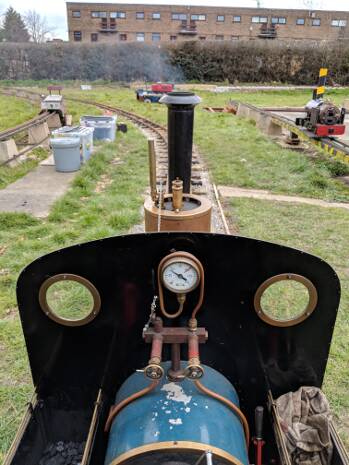 Handforth Model Engineering Society is a group of friends and hobbyists that aims to promote and foster model engineering in all its forms.

Since its inception in 2009, the society has laid a ground level 7¼" track and raised 3½" and 5" tracks in Meriton Road Park. In addition, the park pavilion has been transformed into a clubhouse following extensive refurbishment by members.

Although the group is largely self-funded, the society received a grant from the Manchester Airport Community Fund which has been used to pay for the raised track.

The opening took place on the morning of Sunday 2nd September 2012 with rides on steam trains being available throughout the day.

In winter 2016/2017, the club built four new carriages for the 7¼" track. These were named Rainbow by the children of Rainbow Preschool Nursery in Handforth.

In 2017, the club received a Community Grant from Cheshire East Council to install safety fencing between the tracks and the footpaths in the park, and to build stations for both tracks.

Handforth MES is actively involved in the community, working with groups such as Rainbow Preschool Nursery, Friends of Meriton Road Park, the local council and the Community Service.

The society meets twice each week to work on current projects and offers rides to the general public on most Sundays between 11am and 3pm in Meriton Road Park.

Evening meetings are held once per month to discuss progress, share knowledge and to listen to talks from both invited guest speakers and members of the society.

New members are always welcome, and can join by filling in or membership form. If you would like to find out more about the society please feel free to contact one of our committee members.